How Can Contemporary Feminism Thrive On Its Criticism?

By Madhumita Sharma in Feminism

Feminism, a concept we really need in our society, where even today, women are not taken seriously, not given their due, called out for spreading hatred and called feminazis without even knowing feminism. Through ages, women have been fighting for their rights in a sexist society that glorifies misogyny and chauvinism. The entire concept of feminism has made many women stronger, it has given them the voice to fight for opportunities equivalent to men at workplace and other areas.

We have been facing many challenges amidst uncertainty in our government, so it’s paramount we believe in something for the greater good. It’s absolutely fine to hold different ideologies and beliefs on various issues, but if only we voice it peacefully and diplomatically in a way that it makes sense for others to listen.

Feminism in India has fought against various cultural issues within the country’s patriarchal society. Although our society has seen some progress in women empowerment in the past few years, even in today’s so-called modern, ‘cosmopolitan’ era, women aren’t considered equal to men and continue to face discrimination. 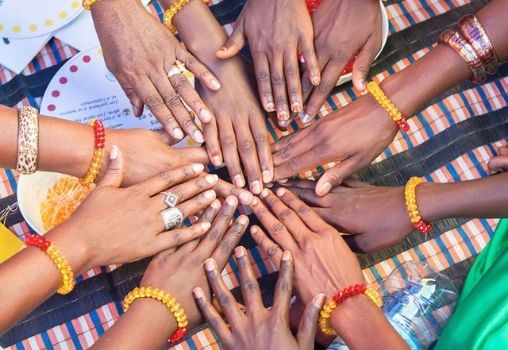 Sexism is acknowledged in today’s world and attempts are made to challenge it through various women’s movements and unions fighting for the rights of women from different sections of society. But things have advanced only ‘on paper’, not in ‘practice’.

Feminism has often been challenged by various minority communities for addressing the necessities and needs of women belonging to this population. It has been stated that mainstream feminism has given emphasis to women belonging to the upper class of society, and has been called out for being classist, especially after globalisation in the 1990s brought a significant change on the status of women in urban areas.

Despite years of activism and awareness campaigns, feminism in our society, and even in the West, has been a sort of a myth because even today, it comes along with its own misconceptions. It has earned a bad reputation for itself because feminists face tremendous criticism and hatred for taking a stand.

Also read: Opinion: Liberal Feminism Won’t Lead To Women’s Liberation
You must be logged in to comment.

Witch-Hunting Then, Slut-Shaming Now: No Country For Bold Women

Poem: Why Am I A Feminist?