It is the reality and not the fiction distinguishingly defining the success of web series on OTT platforms. Family Man on Amazon Prime for all its brilliance, boldness and brazenness deserves credits for depicting the far end of anxieties and excesses of urban middle class. 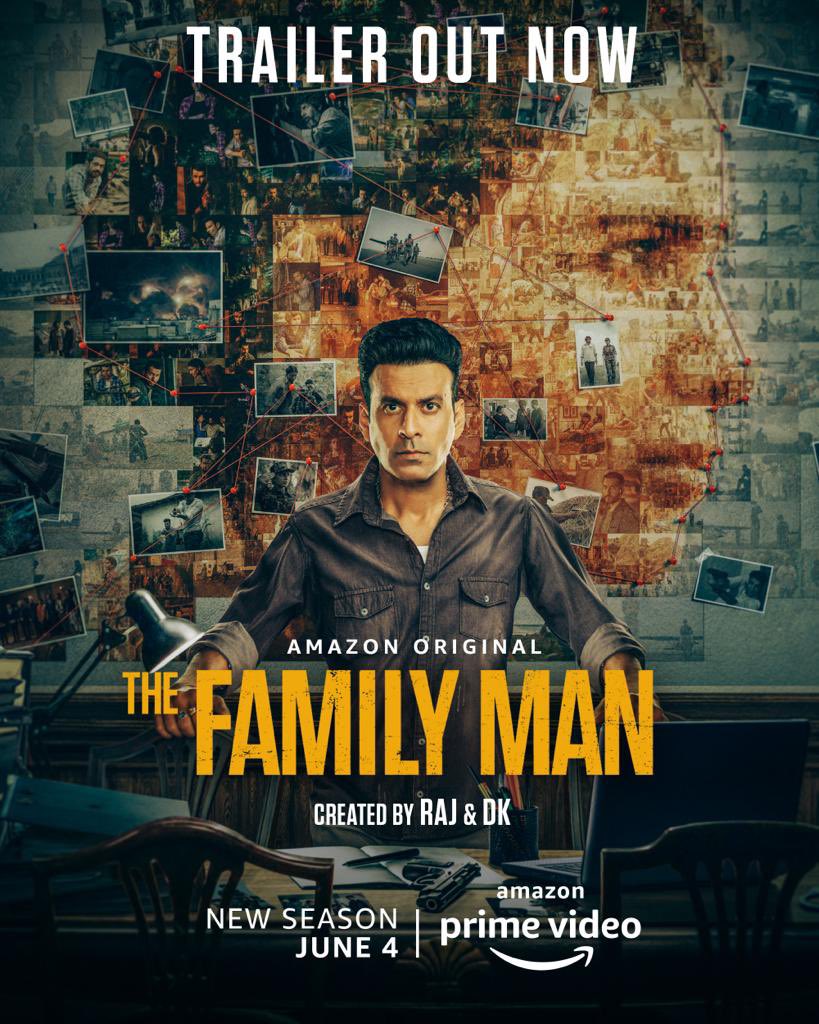 Manoj Bajpai who plays Srikant Tiwari is an modest officer with the intelligence bureau who for his part is obedient and dutiful in qualitatively discharging his roles, ranks and responsibilities. On the other hand for Srikant,s equal half Suchitra things are messier when one is not sufficiently rewarded for their prowess and potentials.

Picking up on a plot tearing with tussles of isolation, identity and individuality is what makes this web show involving, investigating and engaging. With Srikant Tiwari shying away from filling the boxes with ticks apprising himself of balancing his commitment as a parent and professional, he is always on his toes cooperating and collaborating with his constituents. A point comes when he has to figure all alone- pretensions and pursuits of a more than satisfying material and a not moralistic calmness and composure.

It is this infighting and ineptness of tackling the brutality of the chain of circumstances  in the tale- sentiments, passions, emotions, feelings of illusion and vanity ordering and arranging story line that makes it revealing and punchy. I appreciate the breakup of historical facts, fictions and figure cinematically offering substance to the script.

Recipe: The Ideal Indian Man Brought To You By Bollywood