By Emtiaz anwar in Quick Bytes

The Portuguese introduced a vegetable that we affectionately call ‘aaloo’ in India between the 16th and 17th centuries. Within a short period, this stranger became an integral part of our desi thali and a good source of revenue for the farmers. Being the most used vegetable of South Asia, it is good to go with anything and in any form from baked to fried. 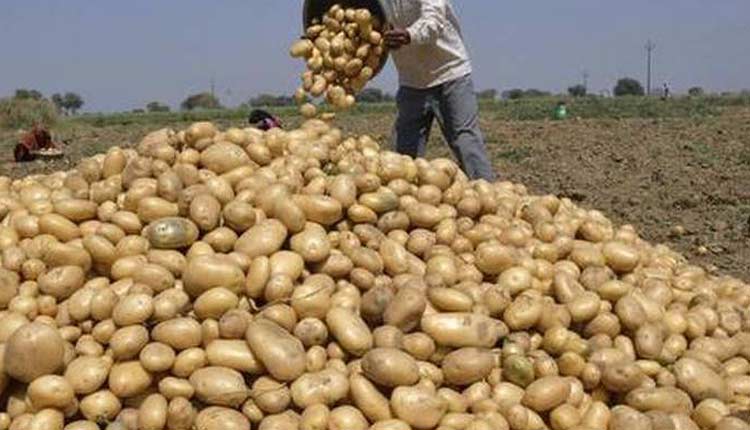 But today, changing climate is threatening our loving potato. According to Vikaspedia, potato cultivation in India is done majorly in the northern parts of the country, especially in the region of the Ganga-Brahmaputra basin. According to statistics, Uttar Pradesh followed by West Bengal, Bihar holds more than 70% of the country’s total potato production. Potatoes, which are easily adjustable in any dish, require cool weather to grow.

Potatoes are sown in the first quarter of the year in Himachal, Uttar Pradesh, Haryana, Punjab, Bihar, and West Bengal, while in Madhya Pradesh, Maharashtra, and Karnataka at the end of the year. But today, change in the temperature of the earth due to global warming is affected potatoes significantly.

The main reason potato dishes are delicious is potato starch, which gives potatoes a lovely texture when mashed and a beautiful crisp crust when fried. This temperature change is causing uneven starch-to-sugar conversion in potatoes, affecting the taste and qualities of potato dishes.

Changes in temperature due to climate change have increased heat and evaporation from fields which can cause swellings and other deformities on our beloved potato. Apart from this, the change in the monsoon rain pattern due to climate change affecting the potato. Even today, farmers of the country are dependent on rain for irrigation. To study the impact of climate change on rainfall patterns, The Wire Science studied 30 years of rainfall patterns and concluded that India’s potato-rich states are experiencing significant declines in annual rainfall.

Climate change delayed rains and rising temperatures might lead to smaller tasteless potatoes that nobody likes.

Also read: Even If I Lose Weight, I’ll Never Lose The Tags I Got Growing Up
You must be logged in to comment.