From Unchecked Casteism To Rape Culture, Where Is IIT Headed?

By Saumya in Caste and Identity, Education, Gender-Based Violence, Society

Indian Institute of Technology (IIT) is making the headlines these days but for the wrong reasons. A simple google search will tell you what is exactly happening inside India’s premier institution for Engineering. 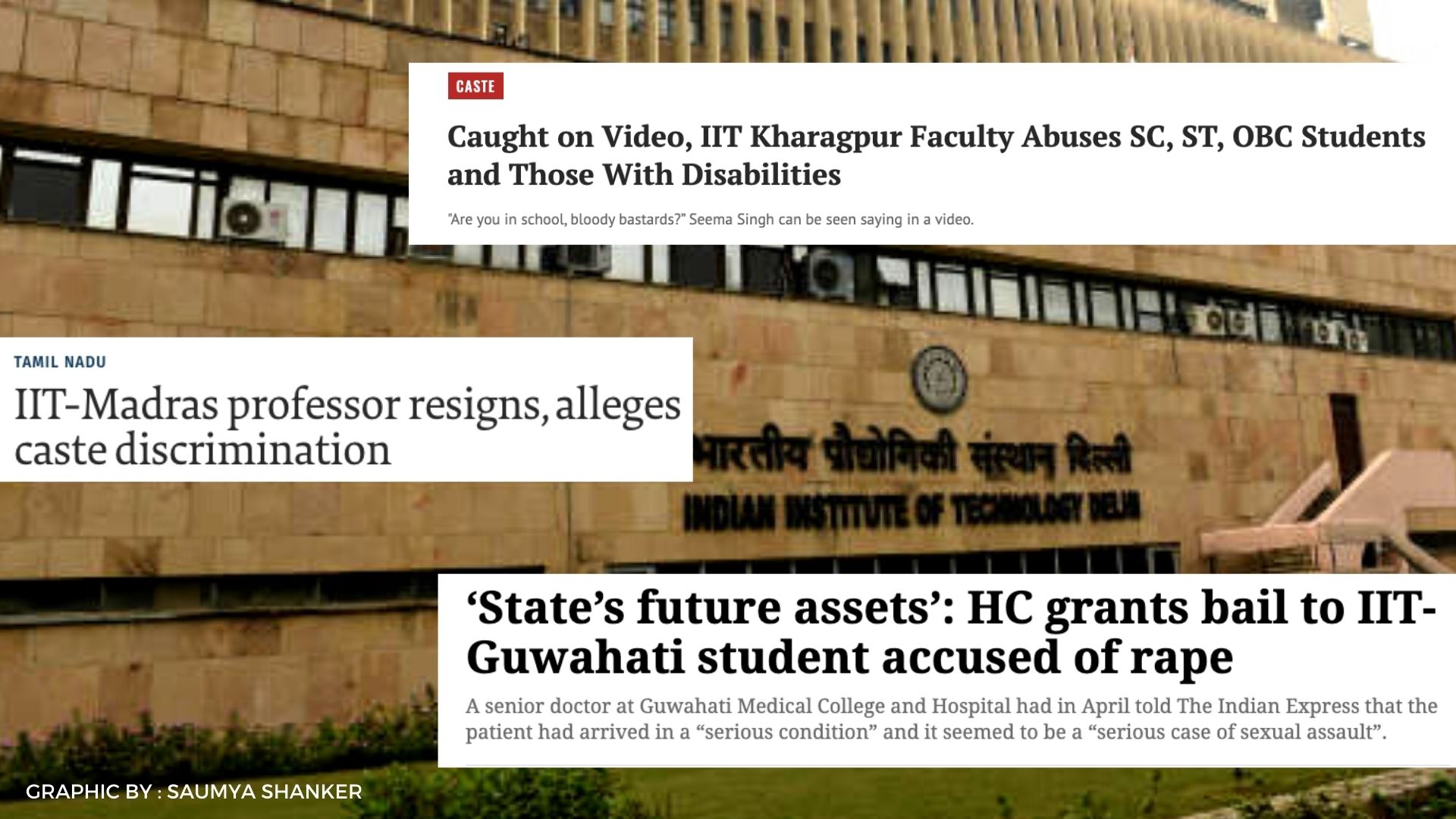 IIT is the finest engineering institution in India. Its name is synonymous with nation-building and progress. Every year, lakhs of students across India seek admission to the IIT. But recent headlines have uncovered a dark side of the institution that perpetuates casteism and rape. Recently, Guwahati High Court granted bail to a 21-year-old IIT Guwahati student Utsav Kadam who raped his peer in March. Shockingly, the court granted him bail citing him as talented and a ‘future asset’.

The second news is of an assistant professor forced to tender his resignation citing institutionalized caste discrimination in IIT.

A similar case was also reported by students when a professor during an online class hurled casteist abuses towards SC, ST, OBC students.

Being an IITian is a matter of pride and prestige. IIT graduates are respected because they are hardworking and meritorious. Merit in India means marks. The cold, hard idea of merit is so ingrained in the middle-class psyche that they are unconcerned about institutionalized discrimination. In simple words, get good marks and we do not care about your behavior.

This makes room for unchecked discrimination to perpetuate within the campus and outside. From such incidents, it is clear that the institution is providing a comfortable space for a professor to even dare to hurl casteist abuses and a student to sexually assaulting a classmate.

IITs need to thoroughly introspect – what is happening in their spaces. But why just IITs? Because, if discrimination, assaults, and abuses are happening in India’s premier educational universities then imagine the scale of the problem. If a university, which is acclaimed to be producing the future of India, then we are compelled to ask – what kind of a future is being produced in the IITs?

Also read: “The Defeating Case Of Invisible Caste Diversity In Indian Academia”
You must be logged in to comment.

‘Vidroh’ Presents A Working-Class History Of Himachal, But Does It Do It Justice?

Lurking In The Shadows: The (Not So) Subtle Casteism Of Savarnas In Kerala