On Friday, August 6, 2021, Twitter India removed Congress MP and former party National President Rahul Gandhi’s tweet in which he had allegedly shared a picture of the parents of a rape victim.

Actually, Rahul Gandhi had gone to meet the parents of the victim in the Nangal area of Delhi two days prior to his tweet, which created a controversy. Subsequently, the National Commission for Protection of Child Rights (NCPCR) asked the micro-blogging site to take action against the Congress leader’s Twitter handle, terming the photo-sharing on social media as a violation of the Juvenile Justice and POCSO (Protection of Children from Sexual Offenses) laws.

The NCPCR, in a letter to the local Grievance Officer of Twitter, said on August 4 that it had received a complaint about the photo of the victim’s family has been posted on the Twitter handle of Rahul Gandhi with the title that they are the father and mother of the girl. The Commission said, “The faces of the parents of the victim can be seen in this purported photo which reveals the identity of the girl.” 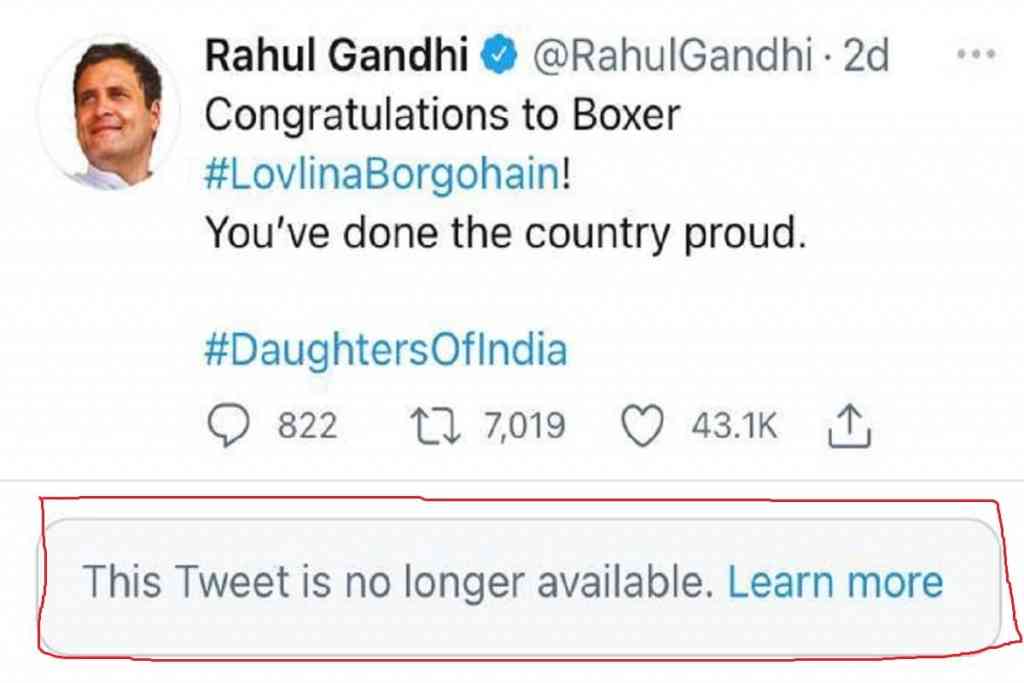 “Therefore, the Commission considers posting of the family photos of the girl child on the said Twitter handle as a violation of Section 74 of the Juvenile Justice Act, Section 23 of the POCSO Act, Section 228A of the IPC and the guidelines of the Hon’ble Courts.”

He said that accordingly, this complaint is being sent against the said Twitter handle for suitable action and to get this tweet removed from this platform.

It is worth mentioning that the nine-year-old Dalit girl had gone to get water from the cooler of a cremation ground in southwest Delhi’s Purana Nangal area where she died under mysterious circumstances. Her parents allege that she was raped and her body was forcibly cremated by the priest of the crematorium, who claims that she was electrocuted.

Also read: Invisible Yet Internalized: How Rape Culture Enables The Exploitation Of Women
You must be logged in to comment.

An Open Letter: “Educating The Girl-Child Can Uplift An Entire Village”

Quick Byte: The Dilemma Of Choosing A Career While Still In School