By Rajan Chaudhary in Latest 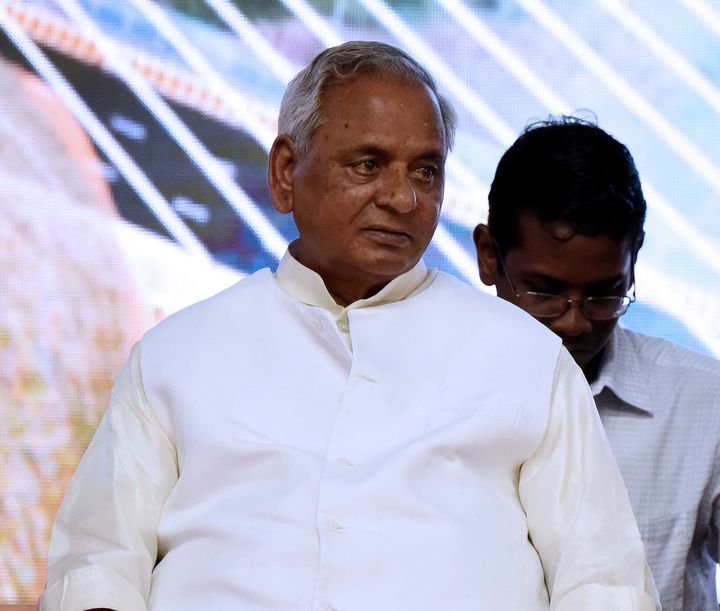 In the 90s, Shriprakash Shukla, synonymous with terror, took a betel nut of 6 crores to kill CM Kalyan Singh. Then Kalyan Singh got the UPPSTF formed on 4 May 1998, and on 23 September 1998 Sriprakash was killed in an encounter in Ghaziabad. Today, the STF team, which has put a check on big crimes, is the gift of Kalyan Singh “Babuji”.

Kalyan Singh was a grassroots leader as well as a staunch and determined personality of the time. Former senior journalist of Amar Ujala, resident of Rudhauli in Basti district, Dr. S. K. Singh(85) recalls a year-old incident in front of him that, “At that time Shri Kalyan Singh Ji was the Chief Minister of UP and Rajnath Singh Ji was his cabinet education minister, then I was going to meet him along with Rajnath Singh Ji. Told his security guard standing outside that Rajnath Singh had come to meet him, but because he was busy with some work, he had refused to meet Rajnath Singh“.

Kalyan Singh, a skilled politician, farmer’s leader, and the historical leader of the Ayodhya Ram temple case, breathed his last on the late evening of 21 August.

Also read: “Opinion: ‘The 2022 State Elections Bound To Be A Turning Point For Uttar Pradesh’”
You must be logged in to comment.

“I Need That Person With Me Forever”: What Having Someone Special Feels Like

Will Rahul Gandhi Take His Other Fish To Fry After The Punjab Revision?