News: MLA Made To Walk Through Waterlogged Road By Angry Villagers

By shakeel ahmad in News

BJP President JP Nadda quite clearly said tickets would not be given to those MLAs whose performance was not up to the mark. Undeniably, politicians won’t see common problems attentively during their term as the elected representative but six months before the announcement of a fresh election date they start planning to visit their respective constituencies. Their bulging midriff-flossing begin to expose through their massive foot excursion in rural areas. As the election time once again approaches fast, they seem to be curiously visiting their respective areas.

This process has started and they pose to be present before the people like the same cool, obedient leader whose style scampered more conventional than any particular way. The villagers appear to let him realize their trouble. Does their long absence from their supporters start now when the days slowly near the election time? A video of an MLA who is said to have seldom been thought of visiting his assembly area earlier paid a sudden visit in village Dholpur of UP’s Hapur district. The villagers assembled around him and put up their various stories of resentment. It was his first visit since his winning Garh Mukteshwar assembly seat. 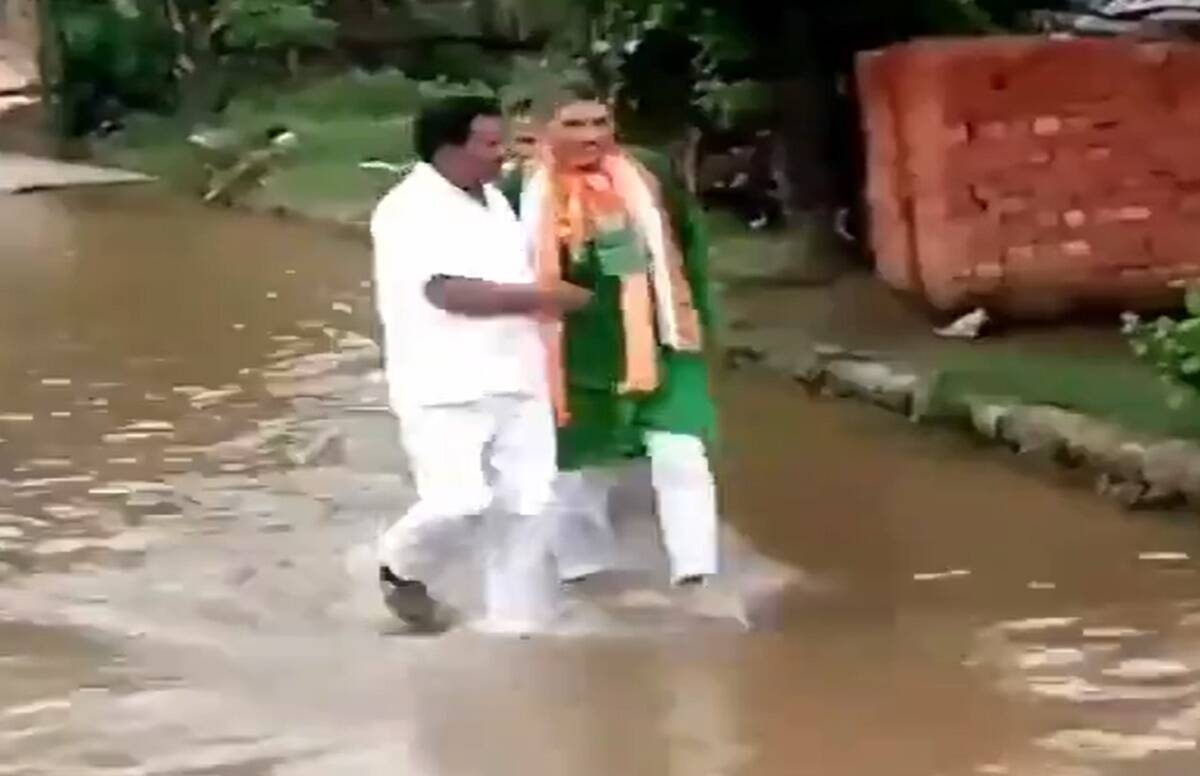 Did they ask him why had he not cared for the drainage system and sanitation facility in the village? If the road was constructed what hindered him to help construct drains along the roadside? They pointed out how had they been enduring the waterlogging problem throughout the year. Among the villagers, the husband of village lady Pradhan was also present during the MLA’s visit. When the MLA dressed in greenish Kurta had no proper answer, the village head’s husband holding his hand took him into the waterlogged road from one end to another, supposedly once or twice.

It was a way to acquaint the MLA with the real difficulties being faced by the villagers. The MLA’s foot march was thus completed not in a humorous exercise but in a short wet way. The politician did experience the complications being faced by the rural residents. One tweet said: He would have been made to swim into the waterlogged way. Another said: Whatever one does faces later. In the meantime, The Youth Congress chief Srinivas BV reacts: There has started appearing trends of the BJP’s submergence in UP elections in the next year.

Also read: “Opinion: How Will The RSS/BJP Try To Save Themselves For The UP Elections?“
You must be logged in to comment.