JEE Main 2021: A Comparison Of The Result Of This Year With Last Year’s

By NANDINI PANDIT in Education

Students who secured 87.89 points in the JEE Main 2021 (the last phase of the test) will be eligible for admission to all Indian Institute of Technology (IIT). The National Test Agency (NTA) further announced the eligible cut-off by engineering aspirants on Wednesday, September 15, 2021.

A total of 44 pupils achieved 100 percentile, with seven each from Telangana and Delhi, according to the NTA result released late at night on September 14. As many as 18 students who share the top rank this year will undergo the tie-breaker rules. This year, over 9.39 lakh students wrote the exam in all four sessions, lower than last year’s applicants of 10.23 lakh. 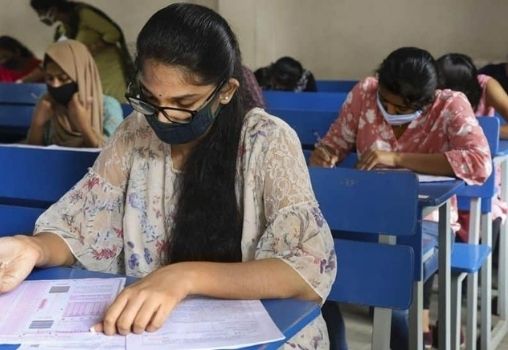 Siddharth Kr Prajapati, an engineering aspirant who hails from Jharkhand, said, “The competition for JEE Advanced is quite severe, including the questions assigned by the National Testing Agency,” further adding, “I have much higher expectations to score over the NTA’s cut-off in order to get into my dream college of IIT Kharagpur.”

According to a CBI investigation, the exam controversy reportedly consisted of a cheating scam at a centre in Sonipat. It found that computer systems were hacked and provided illegal aid to students who had paid Rs 12-15 lakh. In a statement, the NTA said, “On account of using unfair means, a total of 20 candidates have been debarred from appearing in future examinations for three years. Their results have also been withheld.”

The top 2.5 lakh students who have qualified for the JEE Advanced after passing JEE (Main) will now be tested on October 3. The registration process started on September 15. The cut-off score of 66.22 was set for students from economically disadvantaged groups. It will be 68.02 for Other Backward Class (or OBC) and 34.67 for Scheduled Tribe (or ST) communities. The cut-off score for this year has been much lower than the previous year.

The JEE (Main) entrance exam is used to grant admission to undergraduate engineering programs at IITs, NITs and other State, Central and private engineering universities. Since 2019, the NTA has been conducting exams for JEE. Earlier, the Central Board of Secondary Education (CBSE) used to conduct the exam.

Also read: We’ll ‘Allow’ Our Daughters To Complete Class 12, That’s More Than Our Relatives
You must be logged in to comment.

Vocational Education: Is This The Inclusive Push That Will Grow India’s Economy?