In Bihar, the chacha-bhatija rivalry is different from what we find in Uttar Pradesh. It is hoped that an acceptable give-and-take policy will transpire in the state. Their paths are distinct but the goal remains the same. Their political dispute proceeded in 2017 that does not pacify. If an older uncle demonstrating soft Hindutva began his political yatra from Vrindavan, the younger, Akhilesh Yadav, took on a more secular path initiated by his yatra from Kanpur city.

As it was widely circulated in the news, SP patron Mulayam Singh Yadav meddled in the last four years to fix consensus but to no avail. Even Chacha Shivpal had approached his nephew for a coalition, but Akhilesh did say that he would take in mind his honour. The bhatija has promised not to field his party candidate against him from the Jaswantnagar assembly constituency in the Etawah district. Will there be a confrontation between them in the coming UP elections? No, not in every probability, as political gazers assume. 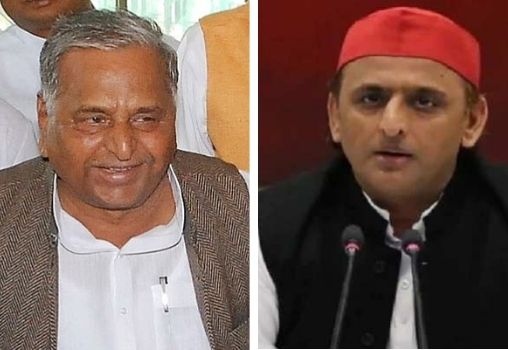 They must have some political strategy. It is a certainty, as the party leaders think, if both of them come together, it will greatly increase their electoral prospects. It can not be denied that no substantial performance by Shivpal Yadav was put in place since 2017. Negating these political factors they should bury the hatchet, as supporters believe.

This is what Mulayam Singh Yadav perceives but Akhilesh refuses to ably discern. One party leader went on to say that netaji has realised that Akhilesh, solely on his ability, may not accomplish that political feat against the ruling saffron party without the support of Shivpal Yadav.

Howsoever, will Akhilesh Yadav’s Rath Yatra gather the same success like that in 2012 yatra help him to form the government in UP? Strangely enough, his uncle does not impress Akhilesh Yadav that his company will only do wonders for his expected return to power. Does his terrible experience of the earlier alliance along with Bua restrict him altogether?

Also read: Why Do Indian Muslims Continue To Have To Prove Their Patriotism?
You must be logged in to comment.

Why Are Right-Wing Youths Demanding Digital Sovereignty In India?