By shakeel ahmad in GlobeScope 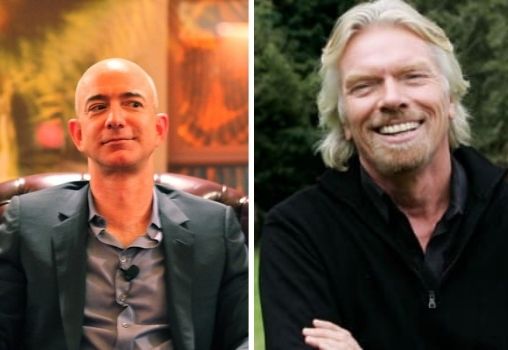 Their idea of space tourism does not even have attracted politicians as they appear more engrossed in giving boost to democratic moralities. How far they are being true to their commitment is clear from the viral videos of Rahul Gandhi and his accomplices at a hotel premises enjoying rich breakfast while a stop towards Lakhimpur Kheri. Some have reacted to the news and said this this is a battalion picnic. Others find more satire or sarcasm in particular words. They have expressed who would not like to enjoy such a treat before the dharna plan. It was worth watching.

A straight look at the video that has been connected with the politicians who were devouring various items shows how hungry they are. Their concern for dead people in the adjoining district is nowhere emerging on their respective faces. Here, Akbar Allahabadi’s lines come to mind:

It might be due to this double standard the billionaires are finding solace in the voyage to Mars.

Also read: The Afghan Narrative Is Missing In ‘Turning Point: 9/11 And The War On Terror’
You must be logged in to comment.

Fully Vaccinated People Are Showing Only Mild Symptoms Due To Omicron

Is The Omicron Variant A Sign That A Third Covid-19 Wave Is Coming?